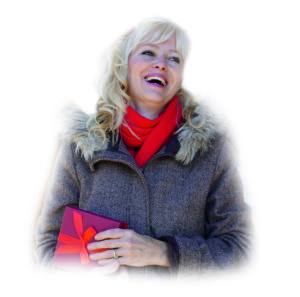 Early years: Ruthie Roberts is a 3rd generation Coloradoan born in Denver and raised in Boulder where her parents, David and Ann McRoberts and her and her 3 siblings enjoyed living on their beautiful mountain ranch. Ruth was a Tom boy and loved the outdoors.  Her favorite memories were riding a horse and pony with her sister up the beautiful Anne White trail and all over the mountains. She loved showing her pony in shows and later her horse in Dressage shows. Many hours were spent catching critters in their pond and dragging logs across the forest to build teepees and forts with her younger brother, Joe.  It was an extra special day when her older brother David would take her flying in his airplane and later her younger brother joe who would give her glider rides out of the Boulder airport. Another love was skiing. Living only 45 minutes from the Eldora Ski resort made becoming a ski fanantic inevitable. Playing the piano, playing in Mrs. Becky Carlisle’s school band and singing in her choir was the most enjoyable part of her 10 years at  the K-10 school – Boulder Junior Academy.

Highschool, Marriage, and Child: Ruthie attended Campion Academy in high school, and then attended Colorado University, where she studied music for 2 years.  Longing to attend a Christian school, she decided to enroll at Andrews University in Michigan, where she and her son, Benjamin,  (son from her first marriage), would live for the next five years. She earned a degree in elementary education and music before moving to Leesburg, Virginia where she taught elementary school at Vienna Junior Academy for two years. In 1999 she moved back to Boulder Colorado where she would meet the love of her life, Mark Furaus. They met swing dancing at the Turnverein in Denver. Mark asked her out and on their first date he took her skiing in Breckenridge Colorado where they pounded black diamond moguls all day.  In 2007, their son, Aaron was born in Coeur d’ Alene Idaho where 3 years earlier, Ruth and Mark designed and built their home on the mountain. Crediting her Father in Heaven, Ruth’s dreams of marrying a kind, loving man, having another child and designing and building her own home with her husband became a reality.

Recording attempts: While in Coeur d’ Alene Idaho, Mark was working from home for the Jesus Film project mapping every spoken language of the world. When that project came to an end they moved back to Boulder and then Lafayette.  Her son, Aaron, seeing his mom’s tears about not being able to make a professional album said – “I know God will help you make a CD, Mommy.” And he never lost faith about this even years later. While living in Lafayette Colorado Ruth made some homemade garage band recordings and put them on Reverb Nation website where her recordings would rank 7th place in Boulder and remain between 9th and 15th place for years in spite of being amateur and poorly recorded. Later these recordings would prove helpful in her interview with Thomas Dawson Jr.

Loving life: Eventually Ruth’s son, Benjamin, would move to Fort Collins where he works in construction, painting and music.  Ruth, Mark and Aaron would experience the fulfillment of another dream and another prayer would be answered. They would move to a small 10 acre ranch in Larkspur, Colorado, where they could be away from the big city and enjoy the outdoors and experience “a whole pile of freedom!” as expressed by 8 year old Aaron when they drove down a long dirt road to see the home for the first time. Ruth spends lots of time in her greenhouse in the summer where she enjoys her gardening hobby. She also rides dirt bikes, skiis, hikes, and travels to warm tropical places with Mark and Aaron. Her parents still live in the house she grew up in in Boulder, Colorado and she sees them frequently.

Prayers answered: By now, 2018, Ruth’s childhood dream of making a music album was nearly forgotten. She was now involved in playing the keyboard and singing in her church music band once a month. Though her mother in 2017 was still asking for a recording and Aaron still saying it would happen, it seemed impossible.  Little did she know that in 2018 one of the biggest dreams of her life would soon come to life! Things quickly began to change when she would become friends with the main piano player/music director in the church, John Redmon. After expressing to John her desire to make an album he told her about his dear friend and business partner Thomas Dawson Jr., music director of the Commodores, who might help her make an album. Thomas listened to her garageband home recordings and loved her voice. He accepted the project and began right away arranging and orchestrating  a Christmas album. Then on November 29th, 2018 the project recording was complete! 200 CD’s would arrive at her door just barely in time for a 2018 Christmas!! The appropriately named and divinely inspired, Dream Records, by Thomas Dawson Jr., made her dream and her mother’s request for a recording come true!